Ordering the right kind of whiskey or bourbon can be hard. You’ll find a lot of factoids out there like, “Whiskey is a distilled liquor made from fermented grain mash.” What is distillation? What does fermentation mean? What even is a grain mash and why is it a requirement?

Uhh….(Don’t sweat it!) Our Bacon & Bourbon Fest bartenders are highly trained in each bourbon and whiskey and can direct you to the right selection.

To start, there’s a few words that we need to explain.

Mash is a fancy way to say a recipe of corn, wheat or rye and malted barley that are combined with heat and water to make a mixture.

Fermentation is when the sugars from the mash are broken down by yeast and create carbon dioxide and alcohol. This takes a few days. After something is fermented, it gets distilled.

Distillation is to separate the alcohol from the water by boiling out the alcohol. Because water has a higher boiling point than alcohol, the mixture created from the fermentation process can be heated to extract alcohol. Boom. Science.

What are the categories of bourbon?

1. Single Barrel
Plain and simple. These bottles of bourbon come from one barrel and are not blended with any others. Flavors will be different from barrel to barrel within the same brand of single-barrel bourbon since the amount of pieces of wood, char in the barrel, and conditions in which a barrel was aged will change. Blanton’s was the first single-barrel bourbon to emerge onto the market in the 1980’s. We’re also big fans of the mid-level priced whiskey of Eagle Rare, if you were wondering. 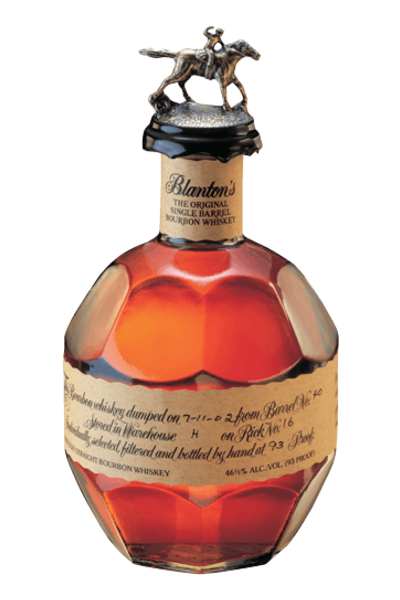 Fun bourbon fact: There are more bourbon barrels in Kentucky than there are people.

2. Cask strength
These are big time bourbons that not only pack a punch, but are known for being some of the most flavorful in the world. Before bottling, most bourbons are cut with water again to get to the distiller’s desired proof. Not these guys. These are intense, put-hair-on-your-chest type bourbons. Cask strength or barrel proof bourbon drinkers will sometimes cut their pours with a few drops of water to get it to their own flavor preference. Since these come straight from the barrel, there tends to be a spice-forward palette with notes of the burn and char from the barrel. One of the most popular cask strength bottles we know and love is George T. Stagg. 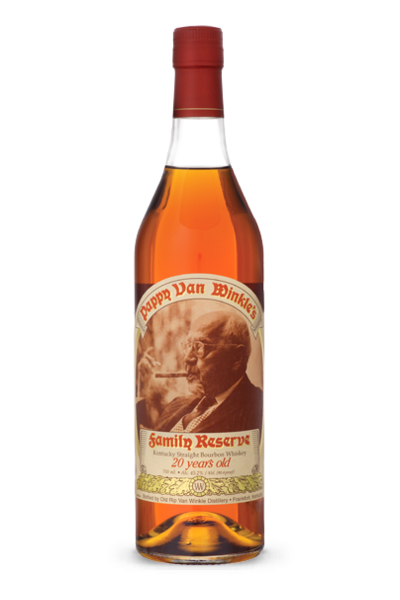 3. Wheated
Otherwise known as “wheaters”, these are a type of bourbon where the distillers use wheat as the secondary ingredient in the mash bill. This makes a less spicy, less sour and less floral taste. These bourbons are typically known for being nutty and soft on the palette (phrasing). The holy grail of bourbon, Pappy Van Winkle Family Reserve, is the most famous wheated bourbon.

4. High rye
As we now know, the core ingredients of any bourbon are corn, barley and rye. Traditional recipes tend to have about 10% rye but a few bourbons go for a bolder, spicier flavor by going beyond that 10%. A few examples of high rye bottles you may have heard of: Bulleit, Four Roses Single Barrel and Redemption High Rye Bourbon.

5. High corn
So to be a Bourbon, the candidate in question must be at least 51% corn according to regulations. But a few overachievers go beyond that. These bourbons are known for their sweet flavor. Despite the sweet flavor, these bourbons are not to be confused with corn whiskey, which is a different and distinct separate category of whiskey.

6. Small batch
Technically there’s no real definition of what a “small-batch” bourbon actually is. But, it’s an increasingly familiar term in the world of bourbon. Basically, it’s a bourbon produced by mixing up a small number of select barrels. Compared to a distillers’ flagship bottle which could contain a bourbon mixture from hundreds or thousands of barrels, this gives a distiller more freedom to experiment. In an elite club of their own, small batch bourbons are produced in less quantity and the distiller will oftentimes note the batch or barrel number on the bottle.